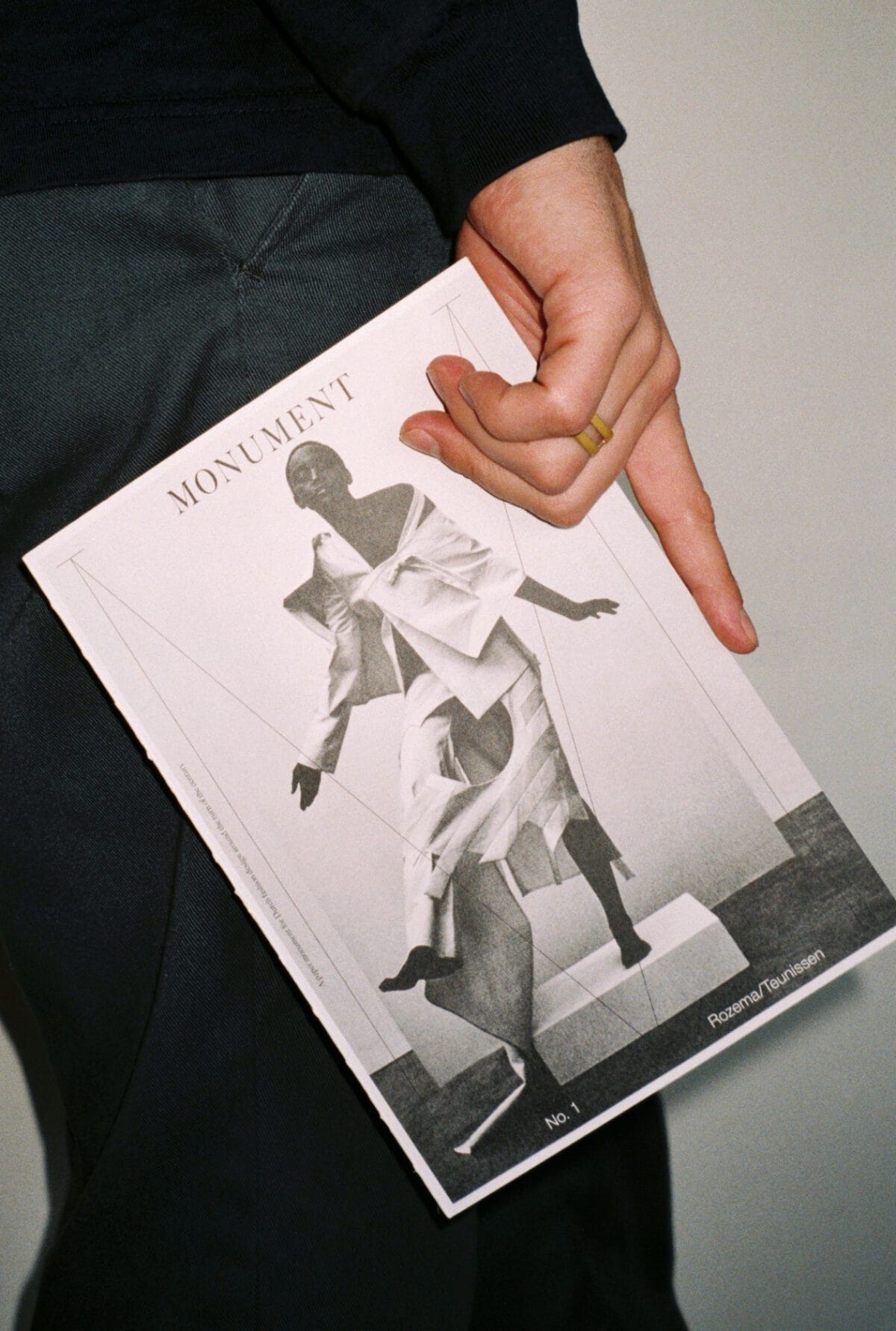 This launch of Monument Issue #1 | Rozema/Teunissen at Sexyland will coincide with an installation by Maria Kley.

On June 20, the first issue of Monument was published, a fanzine dedicated to the 'Dutch Wave', a group of Dutch fashion designers who created international fame around the turn of the century. Each number is dedicated to one designer or design duo. This first issue focuses on the work of the duo Rozema/Teunissen (Melanie Rozema and Jeroen Teunissen).

In Monument, a project by stylist and fashion researcher Mary-Lou Berkulin and graphic designer Karen van der Kraats, images and texts from various archives are combined with new interviews and photography. Each issue has its own unique design and editorial approach, completely in keeping with the designer to whom the issue is dedicated. A conversation between Mary-Lou Berkulin and Rozema/Teunissen has been supplemented with quotes and texts from articles from the archive and a new long-read, written by fashion researcher Renée van der Hoek. The items from the archive have been photographed by Barrie Hullegie.

Some words by initiator Mary Lou Berkulin from the introduction of this first edition of Monument:

“Rozema/Teunissen’s designs are part of a defining time in Dutch Fashion. With their work, they have paved the way for generations. But unfortunately, until today, their heritage is not tangible or visible. The majority of their archive is analogue and put together before the rise of social media and the internet. The items are held in bags, folders, in storage spaces and attics. Some lucky pieces have made it into the museum depot where they quietly lie, wrapped in acid-free paper, carefully held in climate-controlled spaces. Although this is a comfortable situation, it’s the reason they remain far from our memory. It’s a place unworthy of their essence”.

“Monument aims to bring these items back to the surface. By doing so, I want to show you that we maybe first need to look back in order to move forward into changing today’s fashion system”.

“This is not only the story of a young, talented label, bursting with ambition and creativity, but also a story about how external factors, both local and global, can have an impact on creatives and ultimately change their perspectives”.

“After almost 20 years since they’ve been made, Rozema/Teunissen’s designs still embody an exceptionally modern look, and photographer Barrie Hullegie beautifully caught this in the three stories we created together with items from the archive. In our constant hunger for new fashion we have forgotten about the artistry that is fashion design and the amount of energy and dedication it takes for a designer to create their work. Glossies, social media and the internet are happy to help you long for change, by constantly emphasizing on ‘what’s new’. Whilst autonomous artists create a body of work during the length of their career, fashion designers are expected to reinvent themselves several times per year which subsequently, makes their previous work look irrelevant to the public. This fascinating side of fashion is the reason why this first edition is dedicated to Rozema/Teunissen. They deserve a Monument for creating work that goes well beyond fashion’s transitory aspect". 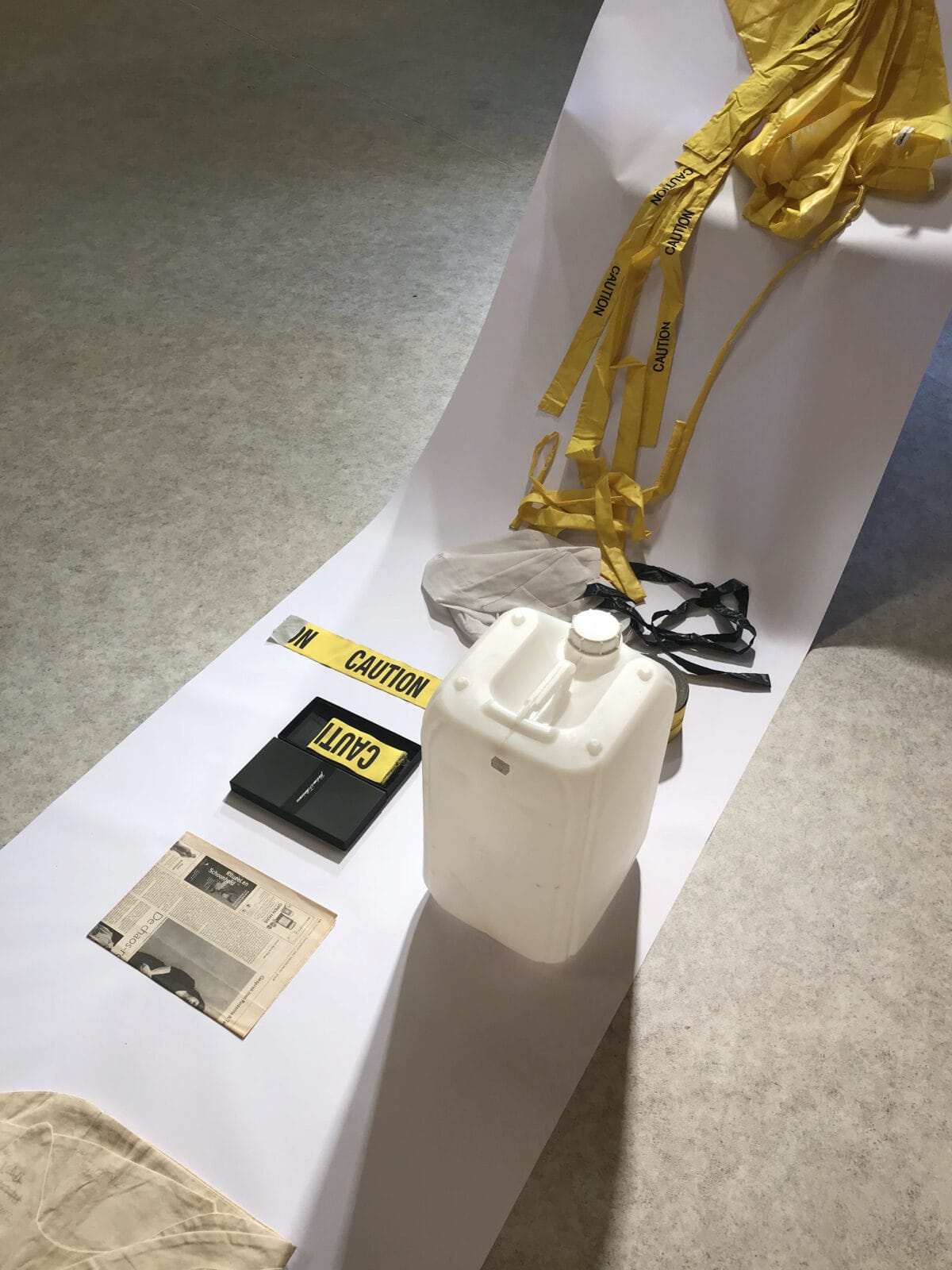